The following are some of the important civil rights.

It is the most fundamental of all civil rights. Man must live first before he can do anything. The State must make adequate provision for the personal safety of its citizens. This right also implies the right to self-defense and prevention of suicide.

This right implies free movement. Every citizen has complete freedom to move within the State. None can be detained arbitrarily without trial and there must be provision for redress of wrongful arrest: In India if anybody is arrested by the government, he must be ordinarily put before the nearest magistrate within 24 hours of his arrest.

Property in democracy is regarded as a sacred institution. It creates a sense of possession and an incentive to work. It is reward for one’s ability and is essential for the good of man and society. Machiavelli once said, “Man may forget the murder of his father but he will never forget the loss of his property”. The communists, of course, advocate the abolition of property. However, all democratic States guarantee this right to their citizens.

The right to contract means that every citizen can live, work, earn and freely contract on the basis of equality with other citizens. Contract is a mutual agreement between two or more parties imposing some obligations on each other. This contract is the essential basis of society.

Right to Freedom of Speech

Right to freedom of speech is a primary necessity of man. There can be no society unless its members are free to express their opinion and exchange their views without restraints. The citizens have, therefore, the right to freely criticize the policies and actions of authorities.

The right to freedom of press is closely associated with right to freedom speech. It means the right to publish what a man can lawfully speak. Opinion of the citizens can be published in newspaper and pamphlets. Newspapers are the most powerful organ in modern democracy to mould public opinion. Free discussions and criticisms are essential for the success of democracy.

Man lives in group and forms associations. He has different aspects of life and each aspect may be represented in an association. This is what is called the “split” personality of man. The State is regarded as a political association. However, it is not the only association in the society. There are other associations like cultural, educational, philanthropic and religious associations in a society. Men have right to form associations.

Right to Religion and Conscience

Religion is deeply rooted in the nature of man. An individual should be free to follow any religion he likes. He should have complete liberty of belief and worship. The State has nothing to do with the religions of citizens. Many of the modern States are, therefore, secular States.

Right to Culture and Language

Every citizen will follow and develop his own culture and language. The minorities in a democracy should be allowed to protect their rights and privileges. In the Indian Constitution, there is provision for educational and cultural rights. A citizen in India is allowed to preserve his language, script and culture. He is also free to be admitted in any educational institution situated in the country.

It means the absence of legal discrimination against any individual, group, class or race. All should be equal in the eyes of law and all should get equal protection of law. The State should not discriminate against any citizen on grounds of religion, race, language, caste or sex. Right to Equality is a fundamental right in the Indian Constitution.

These are some of the important civil rights of a citizen in a modern State. These rights are not absolute. They can be restricted for the interest of the State. Even the rights to life, liberty and property are restricted by the state during war and emergency. During the time of war and emergency, it is the duty of all citizens to protect and uphold the sovereignty of the State, even if they have to sacrifice their lives. 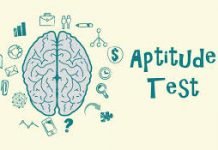 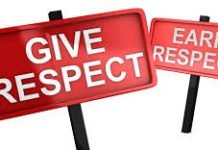 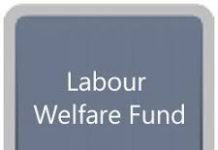 Delay In PF Claim: How To File A Complaint With EPFO

What to do if employer does not pay salary on Time

Balance Your Career With Your Married Life