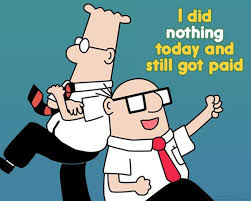 The rules for encashment of leave shall cover all regular employees of the company, excluding those on deputation from Government / other organizations and company employees on deputation to others.

The authorities who are Competent to sanction leave shall be the sanctioning authority for approving encashment of leave under these rules.

2.  The encashment benefit shall not be reckoned as Wage / Salary while working out overtime, Gratuity, Provident Fund, bonus under the Bonus Act, etc.

The encashment benefit will be regulated on the basis of the last pay drawn which should be the monthly
rate of pay of the employee immediately before proceeding on leave. A month will generally a calendar
month of 30 days.

ON DISMISSAL OR REMOVAL :

The encashment of leave will not be admissible on dismissal or removal from service of an employee. In case of termination simplicitor, an employee will be eligible for encashment of earned leave as per rules above.

The employee shall be paid leave salary in lieu of earned leave due to him.

If any leave due to an employee is not utilised, he shall be allowed to encash the unavailed portion of the earned leave.

The leave salary in respect of earned leave standing to the credit shall be paid to the nominee(s) declared for receiving the Provident Fund and Gratuity or in the absence of nominee to his legal heir(s).

For leave encashment under rule-while in service, an employee shall be required to apply in writing to the sanctioning authority. In all other cases it shall be settled by appropriate authority.

The leave encashment for private sector employees is stated in Section 10 (10AA) and is minimum of the following 4 factors: