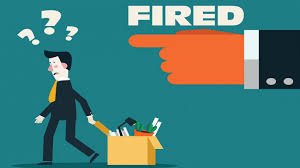 ‘Termination rules for employees’ will always be a daunting term for any employee. An employee’s livelihood is dependent upon them being in employment and earning their monthly salary, and if that very livelihood is taken away, it can cast a gloom in their lives. However, termination of employment can be for various reasons, and a company will and should always have suitable reasons for taking such decisions. Fortunately, we do not have a ‘hire and fire’ policy in India, so there couldn’t be a termination without notice in India, unlike the West. Employers need to follow certain procedures under the law before terminating an employee’s service, and in some instances, even pay compensation. They do need to follow Indian Labour laws for Termination of Employment.

In this article, we will try and set down the manner and procedure for termination of service, and the monetary entitlements thereto.

Employees in India are generally categorized as a ‘workman’ or a non-workman. The term ‘workman’ has been defined under the Industrial Disputes Act, 1947 (“ID Act”), and would inter-alia mean all persons employed in any industry but does not include an employee who is in a managerial, administrative or supervisory role. Apart from the definition under the ID Act, there is no set formula to distinguish between a workman and a non-workman, and the position has been tested and established through various judgments, depending upon the nature of work being carried out by an employee.

An employee who is considered to be a workman will be governed by the ID Act, and their termination of service will have to be in accordance with the provisions of the ID Act.

Types of Termination of employment

Termination of employment may take place due to misconduct, discharge or retrenchment.

Termination of employment can be for misconduct, for which the employer is required to conduct disciplinary proceedings. The procedure to terminate an employee in India, for conducting a disciplinary proceeding has been set out under the law. It includes constituting and having a disciplinary panel, serving a show cause notice to the errant employee, and giving the employee a reasonable chance to put forth his defense. Proceedings have to be conducted in a fair manner, keeping in mind principles of natural justice.

In some cases, the outcome of the disciplinary proceeding may justify dismissal without notice, and any compensation. Under law, the term misconduct provides a list of circumstances and events which would amount to misconduct. It is an inclusive list, and hence, employers have the right to include in their company policies/ service rules, such other events, as it may deem fit, which would in their line of business, amount to misconduct. Misconduct includes wilful insubordination or disobedience; theft, fraud or dishonesty; wilful damage or loss of employer’s property; bribery; habitual lateness or absence; striking unlawfully and sexual harassment.

The aforesaid procedure for termination will apply to all employees whether workman or non-workman.

The termination of employment of employees who are not workman are governed by the notice period in their employment contract, and the shops and establishment act (“S&E’”) of the State in which they work. Generally, the State S&E’s provide for at least one month’s notice of termination, or pay in lieu of termination, and in some instances, termination needs to be with cause, and in some other cases, the employer needs to pay compensation for terminating the employment. The notice of dismissal under an employment contract should not be less favourable than what is prescribed under law.

The Industrial Dispute Act sets out the steps to be undertaken for retrenchment. The term retrenchment has been defined to mean termination by the employer of employment of a worker for any reason, other than disciplinary grounds, with certain exceptions.

An employer who proposes to retrench a workman, who have been continuously employed for more than one year, must give one month’s notice (together with the reason for the retrenchment) or pay in lieu of such notice to the workman. The employer must also inform the local labour authorities of the retrenchment within a stipulated time frame.

Additionally, employers are also obliged to apply the “last in-first out” rule in selecting the workman for retrenchment except for reasonable cause. A retrenched workman is entitled to retrenchment compensation as per the provisions of the ID Act, which is calculated at the rate of 15 days wages for every year of continuous service. Certain establishments (factories, mines, plantations) employing over 100 workers may not be retrenched unless three months’ written notice, stating reasons for the retrenchment, or pay in lieu of notice, is given to the worker. Furthermore, prior approval from the relevant governmental authority must be taken before the retrenchment is made.

Upon termination of employment of any employee, the employer is required to clear all dues, which are payable to the employee at the time of the termination. Some of these payments are as follows:

There may be other dues payable, and such will vary from employment to employment.