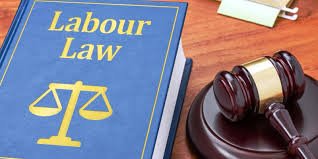 It is not the constitution of the establishment as to whether it is a public limited company, private limited company, cooperative society, partnership or proprietory form that decides the working hours, leaves and other service conditions of the employees but it is the labour laws applicable to the kind of business being transacted that decides these matters.

Different Acts have set out different rules pertaining to hours of work and the spread over of work with slight changes as applicable to the respective state. Shops and Establishments Act being a state Act is confined only to that state whereas the other Acts are central Acts and will be similar in many respect subject to state rules attached thereto.

Enhancement of the gratuity ceiling: The Payment of Gratuity Act, 1972 (“Gratuity Act”) entitles employees who have been in continuous employment for a period of 5 years to gratuity at the rate of 15 days wages for every year of continuous service, capped at INR 10,00,000. The Payment of Gratuity (Amendment) Bill, 2017 (“Gratuity Bill”) was introduced in the Lower house of Parliament (Lok Sabha) on December 18, 2017 with a view to allow the Government the discretion to (i) prescribe the gratuity ceiling, and (ii) the period of maternity leave that would deemed to constitute continuous service.  It is anticipated that the Gratuity Bill will be passed by the Lower house in the next session of Parliament and that the ceiling is likely to be enhanced from INR 10,00,000 to INR 20,00,000.

The code that is likely to come into effect soon is the Code of Wages, 2017 (“Wage Code”). It is anticipated that the Government was working towards having the Wage Code passed in the lower house (Lok Sabha) of Parliament in the budget session and this might be taken up in the next session of Parliament.

LGBTIQ Rights: The Supreme Court of India, in its landmark judgment in August 2017, observed that the right to privacy and the protection of sexual orientation lie at the core of the fundamental rights guaranteed by Articles 14, 15 and 21 of the Indian Constitution. Further, the Supreme Court on January 8, 2018, stated that it would review its position on Section 377 of the Indian Penal Code, 1860, i.e., the criminalization of sexual intercourse between consenting adults of the same sex. With respect to transgender persons, the Transgender Persons (Protection of Rights) Bill, 2016, inter alia, seeks to prohibit the discrimination of transgender persons in terms of employment, healthcare services and access to facilities.

Law Governing Factories: Amendments to the Factories Act, 1948, has been in the pipeline for the past two years. The amendments are primarily aimed at allowing the state government to increase the number of overtime hours that employees can work and prescribe rules in relation to exemptions that could be given to various categories of employees. These measures would allow flexibility to State Governments to undertake initiatives to encourage the development of industries.

Changes to the Law on Contract Labour: The Government has released a draft bill for the amendment of the law governing the engagement of contract labour in India – the Contract Labour (Regulation and Abolition) Act, 1970 (“CLRA”). The bill primarily intends to exclude workers who are regularly employed in the establishment of the contractor from the definition of the term ‘contract labour’ for the purposes of the CLRA.

2018 Budget Proposals to Provident Fund Contributions: The Finance Minister in his 2018 Budget speech has proposed that the Government will make provident fund contributions of 12 percent of wages for new employees for a period of three years and reduce the mandatory contribution limit from 12 percent to 8 percent for women employees for the first three years of employment. We would, however, have to wait for amendments to be made to the Employees Provident Funds and Miscellaneous Provisions Act, 1952, and allied schemes, to understand the manner in which these proposals will be implemented.

Most Indian employment laws were drafted primarily for traditional models of workforce engagement in sectors such as manufacturing and infrastructure. These laws are failing to keep pace with the needs of new and emerging sectors that are driven by cutting edge technology, increased automation and creative forms of workforce engagement, including gig/on-call working. While the above reforms are much needed, standing at the threshold of the artificial intelligence revolution, India needs to relook at its employment laws to ensure that businesses are not constrained, innovation and entrepreneurship are encouraged and employee rights are not compromised.