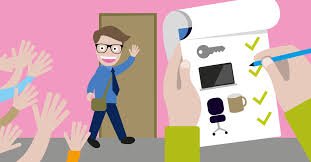 Numbers of leaves entitlement in a company depends upon state you are in. Every state has different leave entitlement and leave policies which should be seen before one defines leave policy of your company. Leave policy of a company cannot be less than that mentioned by the State’s shop and establishment act.

This is another paid leave that although not earned, is entitled to employees only if prior permission is granted by the organization. If the employer does not grant permission and the employee nevertheless takes a leave, the day’s pay is cut from the salary. Usually every organization allows a certain number of casual leaves in a year, which is fixed by the company’s administration. Although, there is laws for certain types of workers:

Employers provide sick leaves to employees when they are ailing. Some organizations ask for a medical certificate to grant sick leave. Others don’t deem in necessary. If the employee has used up all his sick leaves, the company uses his earned leaves. Sick leaves can also be carried forward to the next year. The specifications are although determined by the company’s administration. Laws governing sick leaves for different types of employees are:

Female employees, as per law, are entitled to 3 months or 12 weeks of leave when she is pregnant. During this time, employers will have to pay their female employees normally.

Male employees who are soon to become fathers can avail upto 15 days of leave within 6 months of their wife’s date of delivery.
Apart from these, there are others paid, unpaid or half-paid leaves like Study Leave, Bereavement Leave and Leave for Voting. These although are left at the organization’s discretion.