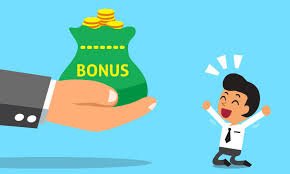 Payment Of Bonus (Amendment) Act, 2015 provides for the mandatory annual payment of bonus to eligible employees of establishments which employ 20 or more persons. In accordance with the terms of the Principal Act, every employee who draws a salary of INR 10,000 or below per month and who has worked for not less than 30 days in an accounting year, is eligible for bonus (calculated as per the methodology provided under the Principal Act) with the floor of 8.33% of the  salary payable to him/her and a cap on the maximum bonus statutorily payable (20% of the salary). Apart from seeking to broaden the eligibility limit, (from INR 10,000 set out under the Principal Act, the Amendment Act also raises the calculation ceiling for payment of bonus and retrospectively places the onus on employers to make payment of bonuses to eligible employees effective from 1 April 2014.

Details of Amendments and Analysis

The Amendment Act has amended the Principal Act in the following manner:

By amending Section 2(13) of the Principal Act, the Amendment Act has now widened the scope of employees eligible for payment of bonus from those drawing salary of INR 10,000 per month, to INR 21,000 per month.

The amendment in the eligibility limit appears to be an initiative which forms a part of the Central Government’s pro-labour policy. Interestingly, the last amendment to the eligibility limit was carried out in the year 2007 and over the past decade, the economy has seen significant reforms. These economic reforms have contributed towards an exponential increase in pay-scales making this amendment to the Principal Act very important to the larger populace of the workforce which earns between INR 10,000 and INR 21,000 per month.

The Principal Act provided that the bonus payable to an employee shall be in proportion to his/her salary. However, where an employee’s salary was over INR 3,500 per month, for the purposes of calculating bonus, the salary was to be assumed to be INR 3,500 per month. With a view to maximise bonus earnings, the Amendment Act has increased the wage ceiling for calculation to INR 7,000 and has also factored in possibilities where the minimum wage payable to such employees may be over INR 7,000, thereby giving employees the flexibility to draw a higher amount as bonus.

How to calculate bonus liability as an employer?

Your liability depends on a number of factors like:

We understand that calculating the liability can be a little tricky and we wanted to simplify this process for you.  Hence we’ve created an easy to use calculator that be downloaded by clicking on the link below.