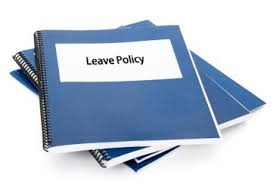 Workers are paid their usual daily wage rates for the days of earned leave. A worker is paid his full daily wages during the term of annual leave. Daily wages are the average of his total full time earnings for the day on which he actually worked during the months immediately preceding his leave, exclusive of any overtime and bonus but inclusive of dearness allowance and the cash equivalent of advantage accruing through the concessional sale to the worker of food grains and other articles.

If a worker takes four or more days’ leave at a time, his wages are paid before the leave begins. The employer, the works committee and the Chief Inspector of factories determine the schedule of leaves by mutual consensus to ensure continuity of work. A worker may take all or portion of annual leave provided that he/she notifies the employer in writing at least 15 days prior to the date of availing annual leave and such request may not be refused unless it contradicts with the scheme of leave already agreed. Even when in portions, annual leave cannot be taken more than three times a year.

Annual leave may be carried over however no more than 30 days can be carried over to the next year. If the employment contract expires before a worker could take annual leave, compensation for leave is made in proportion to the number of months and numbers of hours worked in a week.

Workers are entitled to paid days-off during Festival (public and religious) holidays. These include memorial holidays and religious holidays.

There are many festival and religious holidays in India however only three of these are fully covered national public holidays. These are Republic Day (January 26), Independence Day (August 15) and Mahatama Gandhi’s Birthday (October 2). ( National and Festival Holiday Act & www.qppstudio.net)

The Factories Act provides provision on weekly rest. Workers are generally entitled to at least 24 hours of weekly rest on the first day of the week, i.e., Sunday. The weekly rest period is reckoned as a paid time.

Workers may be required to work on weekly holiday; in this case, he/she is entitled to the substitute holiday three days before or after the usual weekly holiday. Even in the case of holiday substitution, workers must be given a weekly holiday in every 10 days.  If an organization is exempted from the provision related to weekly holiday and workers are not granted their weekly holidays, an equal number of compensatory holidays have to be granted within 2 months.

Common Interview Questions That Are Against the Law in India

Unable to withdraw or transfer PF money? Here is how to...