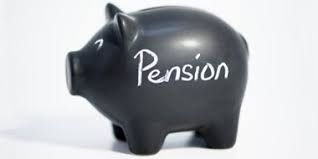 What does law say about the pension policy for employees?

In India there is an Act called as The Employees’ Pension Scheme, 1955 which is applicable to all factories and other establishments to which the Employees’ Provident Funds and Miscellaneous Provisions Act, 1952 applies. This Scheme is meant for members of the Provident Funds subscribing to Employees’ Provident Fund Scheme, 1952 or any scheme exempted thereunder. The pension policy is introduced as a social policy to the employees to survive their livelihood after the age of retirement. This is a social benefit by which the employees do not need to worry about their sustenance in their later stage of live.

What are the eligibility criteria for availing this facility of pension?

There are two forms of membership availability under the scheme:

What are the benefits available to members under this Scheme?

The benefits that are provided to the members under the Employees’ Pension Scheme, 1995 are:

What are the benefits available to family members upon death of the member?

The benefits that are provided to the family members upon the death of the member are as follows:

What are the causes of death that are covered under the scheme for members for eligibility for payment of pension after death?

The scheme covers members death risk unconditionally – irrespective of whether such death occurs:

Is there a provision facilitating benefits for seasonal or casual employees under the scheme?

There are following provisions that are specified to facilitate the seasonal or casual employees: